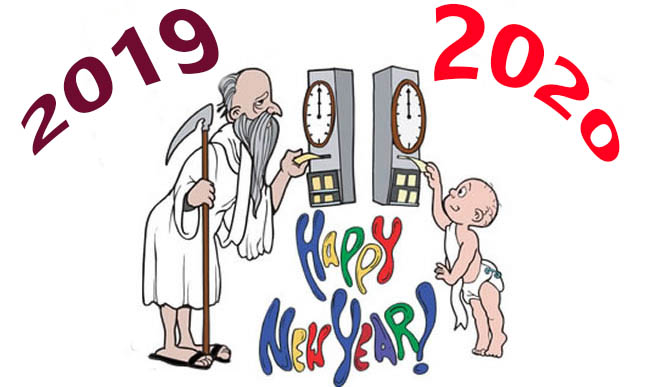 Man.  It seems like just yesterday I was celebrating the imminent release of Those In Peril and preparing to go to Life, The Universe, and Everything (LTUE) Symposium in Utah.  Next thing I know, 2019 is in the rearview mirror, the Phases of Mars series is complete, and Against The Tide Imperial is…well, still not done, but definitely getting there.  Still, 3 anthologies in a year is not bad, and objectively I think it was a fair trade.  I mean, guys—I edited S.M. Stirling, Kevin J. Anderson, Taylor Anderson, Sarah Hoyt, and David Weber this year.  In books with my name on the front cover.  Shout out to Chris Kennedy for taking on a beer bet and to team “and more” for being amazing.
By the numbers, over 1,500 people visited the page this year, which was almost double the number of folks who showed up in 2018.  Thank you for coming along on this wild ride, and here’s to hoping that you continue to enjoy a glimpse inside the crazy.  Externally, this was my second year in a row over 1,000 books sold / 500,000 Kindle pages read (not counting the anthologies) both online and in person, and with at least one book coming out that will helpfully increase.  Moreover, I learned a lot this year about marketing, networking, and this profession in general.  While those could be 20 or more blog posts in and of themselves, the “Top 3 Things I Learned in 2019 Are”:
#1 Professionalism Matters—Nothing like being the chief editor for something to help you realize one’s reputation precedes you.  From the perspective of dealing with fellow authors, I was taken aback by the number of folks who do not understand some basic etiquette in dealing with their fellow human beings.  Or the importance of things like, “Hey, when the requirement says 7-10,000 words, that means you don’t turn in 6500 and cop and attitude with the editor.”  People will remember if you pull some prima donna crap when you really didn’t have to, and word spreads quickly.  Likewise, if you become, shall we say, radioactive in other venues, there will be folks who have problems with sharing a common battlespace with you.  Bottom line:  If you’re involved in a project, be on time (or admit that you’re not going to be able to do something in a timely manner), write to the specifications, and don’t be a jerk.
#2 People Plan, the Universe Laughs—I can honestly say 2019, while not the craziest year I can remember (oh hey, 2009), was up there.  Between deaths, getting forcibly invited to someone else’s car accident, a new job, and various other “What the Hell?!” things that occurred, I’ve come to realize the path to sanity involves accepting that life is chaos.  Don’t get me wrong–I’m still very much a work in project on this.
However, I’ve increasingly tried to take an objective look at what has occurred, then ask myself “Why did this happen?”  If it’s someone else’s fault, that’s usually followed by “Was this accidental, malicious, or unforeseeable?  If accidental, has the other party acknowledged their role in the negative outcome and taken measures to keep it from happening again? If malicious, is this salvageable or is it time to just close that particular airlock?”
If it’s my error, “What have we learned and how do we keep from dropping that ball again?”  This is usually followed by “How do we make amends?”  Because saying “I’m sorry…” is kind of pointless unless there’s an actual intent to make things right.
Above all these things, however, 2019 taught me this:  “If I died tomorrow, would I be happy I spent ___ minutes / hours / days dealing with rectifying this problem?”  Because having someone go from “I’m glad I’m finally going to meet him…” to “Whoa.  He’s going to be dead in less than eight hours…” definitely made me start assessing time and how I spend it.  Spend time doing what you love and with people who make time for you, as our hourglass only has so much sand in it.
#3 Network Makes The Dream Work—Among the “people who made time” for me were my writing tribe.  It really does take a village, and one never knows what connection will suddenly bear fruit.  I can honestly say that in 2019 I had positive interactions with people I first met back in the 1980s, went to school with in the 90s’, served with in the Army in the ’00s, and even folks I saw in passing at a random con sometime in the last six years.  In some instances this was expected.  In others, it was definitely one of us saying to each other or about someone else “Uhhhh, you know, let me see if _____ can help with that, because holy smokes you’re in a bad way”-response.  The outcomes were almost always great and definitely far better than I would have accomplished on my own. Whether it was fiscal (increasing royalties!), introducing me to another pro who provided a story (or stories) for the anthologies, or just providing a “morale boost” when I was questioning my sanity for even pushing on with this crazy dream, I’d like to issue a blanket THANK YOU! to the tribe and fans at large.  You all made 2019 great, and I look forward to what 2020 has to bring.
All right, that’s enough from the foxhole for today.  I’m going back to figuring out what happens when over 100 American aircraft surprise six Japanese carriers equipped with stolen British radar.  That’s right, it’s called “alternate history” for a reason, and boy howdy does the Kido Butai having decent radar change a lot of factors involved in World War II carrier fights.