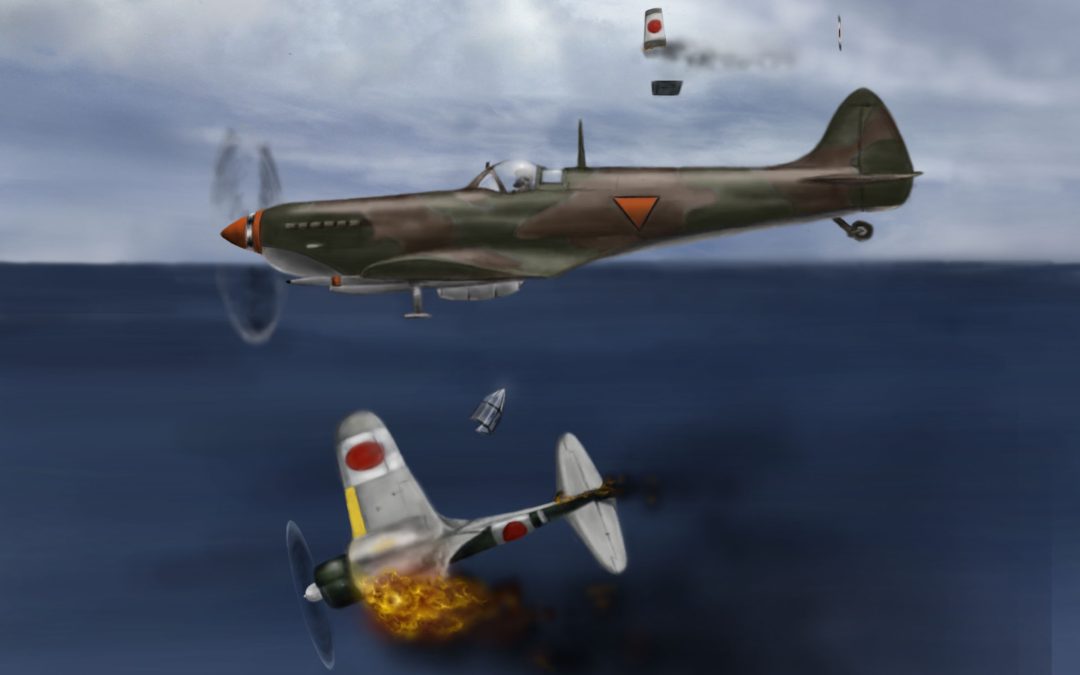 Greetings all! I come bearing good news I can finally share: “Winifred,” my Usurper’s War origin story, has been accepted for publication in Flametree Press’s Alternate History anthology. You can read more about that at the Flametree Press Blog. This will be the only place you can find the official POD for awhile. I’m really excited about this opportunity. A short excerpt follows:

“Are we bloody lost?” Flight Lieutenant Joshua Peale shouted, his voice rising. “How in the fuck are we lost?”

I swear by the King, I’m going to end the Meteorological Officer when we get back to East Wretham, Flying Officer Matthew Kennison thought. One tenth cloud my arse, plus this idiot acts like he’s been flying accurate bearings the entire time.

“I’m just glad we’re not flying with the blokes going to the Ruhr tonight,” the bombardier muttered.

That’s because we’re a scratch crew, Matthew thought. More correctly, a bunch of spare parts hauled from the rubbish bin, more like it. One year into this war and we’re already picking scratch cricket line ups

“At least, we’re not planning to go to the Ruhr,” Peale observed sharply, then keyed the intercom. “Tail gunner, what do you see back there?”

He’s as sick of Peale’s shit as I am, Matthew thought. Of course, that might be because last time he flew with the man they both nearly died. Oh well, we’re not going to Wilhelmshaven and it’s dark out. Should be fine.

Bomber Command, as befitting a service wrestling with a forced transition to night operations, was trying to figure out the best combination of personnel. Winifred had departed East Wretham with Peale at the controls, Jameson as the bomb aimer / observer, Matthew as the navigator / second pilot. Defensively, Winifred had a larger than normal complement of gunners, with Warrant Officer Roland Thompson as the wireless operator / waist gunner, Warrant Officer Landon Dunnigan as the nose gunner, and Flight Sergeant Angus Farrington rounding out the crew as tail gunner. The reason for the heavy defensive presence was the increasing losses due to German night fighters and a shortage of available pilots in the recent Battle of Britain’s aftermath.

“Now that we’re out of the clouds,” Matthew began pointedly, “I’m going to see if I can figure out where we actually are.”

“Yes, please, I’d rather not bomb Glasgow on accident,” Peale responded testily, drawing an eye roll from Jameson. Matthew ignored the pilot’s caustic remark, unplugged his helmet’s feed to the intercom, then grabbed his sextant and a portable oxygen bottle. Turning aft, he briefly looked down the bomber’s length over the bomb bay to the bulkhead separating Farrington’ position from the rest of the crew.

Terribly lonely time back there, he thought. Although sometimes I envy the solitude and simplicity. Certainly don’t have to worry about much other than making sure some pissed off Jerry does not fill us full of holes for scattering bombs across his countryside.

Like the rest of No. 99 Squadron, Winifred’s the Winsome’s mission this November night was to draw German efforts away from Bomber Command’s primary targets located in the Ruhr. The six 500-lb. bombs nestled in the Wellington’s fuselage were optimistically intended for a rail station on the south edge of Hamburg. In reality, depending on Matthew’s navigational skills, the winds, and Peale’s piloting, the six “eggs” would land somewhere between their intended target and Hanover. Especially if the unexpectedly thick cloud cover kept obscuring the ground and sky around Winifred at inopportune times.

Thank you, whatever flight school chum decided to spread the flu among us one week before soloing, Matthew thought, the darkness, mild turbulence, and lack of a fixed horizon giving him a brief bout of vertigo. Shivering and closing his eyes for a second, Matthew thought about how close he’d been to finishing flight school. They’d already told him his intended unit, even as Fighter Command was fighting to save the nation.

Everyone else was pushing for fighters, he thought. I’d rather be flying my own damn Blenheim in the Mediterranean right now. Instead, I’m here on this kite backing up an idiot lost in the dark.

Matthew’s dip in pilot training had been “bloody good enough” for the squadron powers that be. After all, Bomber Command had specified the craft would have a second pilot. They hadn’t specified a fully qualified one.

Yes, yes, ear too damaged to be trusted at controls, but let’s have me nearly throw up all over the chart table, he thought angrily, swallowing hard past the excess saliva that was trying to fill his mouth. After about two minutes, he felt he had enough of a hold on his stomach to look outside again.

“Going to hit a rough patch looks like,” Peale shouted, knowing that Matthew was currently not plugged into the intercom. The navigator waved to indicate he understood, glad that even the clouds below them appeared to be clearing. Matthew’s relief was short lived as Winifred bucked hard in the night sky, dipping a couple dozen of feet in a stomach-clenching plunge. The astro-sextant nearly flew out of his hand as he braced his feet.

That’s a bit more than a rough patch, Matthew thought angrily. Again, bloody thank you, idiots for pairing me with this man. Turning in the astrodome, Matthew took one small moment to admire the creation spread out before him. The clear patch stretched before them for what looked like about ten minutes before the next bank of clouds, the air crisp in that way only late fall skies could be. Matthew knew he’d have to work quickly.

Looking down at his watch, Matthew noted the time quickly in his notebook. Turning, he began looking for other navigational points…and felt his bladder release as a shadow blacked out the stars.

“Night fighter! Night fighter seven o’clock high!” he screamed, instinctively dropping down from the astrodome. The sextant went clattering to the fuselage floor with the sound of breaking glass, and Matthew spent a precious second looking at the device.

“Bloody hell, what are you going on about?!” Peale asked, his tone sharp.

Matthew ignored the pilot, looking aft and bellowing again at the top of his lungs.

Fortunately for the rest of Winifred’s crew, Farrington and Thompson possessed extraordinary hearing. Both men immediately turned their weapons in the direction Matthew had indicated. Thompson, having moved back to the waist position, acquired the diving Me-110 first. The seasoned warrant officer only got a chance to fire one burst, but the tracers caused the German pilot to flinch.

Rather than a devastating, killing blow into the bomber’s fuel tanks or bomb bay, the last-minute twitch scattered the Me-110’s concentrated firepower over Winifred’s forward half. The burst intersected with Winifred just aft of Thompson’s position and sawed its way forward through canvas, flesh, and fuselage. A 20mm shell hit Thompson right in the face even as the 110’s machine guns also struck him in the chest.

Matthew, turning to scream at Peale again, felt the warm detritus of murder splash onto his face even as the hornet’s whine of rifle-caliber bullets sounded by his head. In front of him, he saw Peale jerk, the white flash of exploding 20mm shells making the movements seem even more spastic than they already were. Flight Lieutenant Jameson screamed and grasped at his lower extremities before curling into a groaning fetal ball. A brilliant flash on the front turret bulkhead caused spots in front of Matthew’s eyes, with the roar of wind telling him somewhere glass was shattered. He blinked rapidly, just in time to realize it was no longer spots but glare from the port side of the fuselage where Winifred was burning.

Oh blessed mother, we’re all going to die… Matthew thought, glancing forlornly where his parachute remained on the back of his seat. He took a stride towards it and felt slip stream hitting him in the face. The next moment the vision on his left side was obscured as something wet and clumped slid into his eye.

Want to read the rest? Going to have to wait until 1st Quarter of next year. Don’t worry, I’ll be sure to make an announcement! If you’re a fan of alternate history, you’ll love the whole collection!