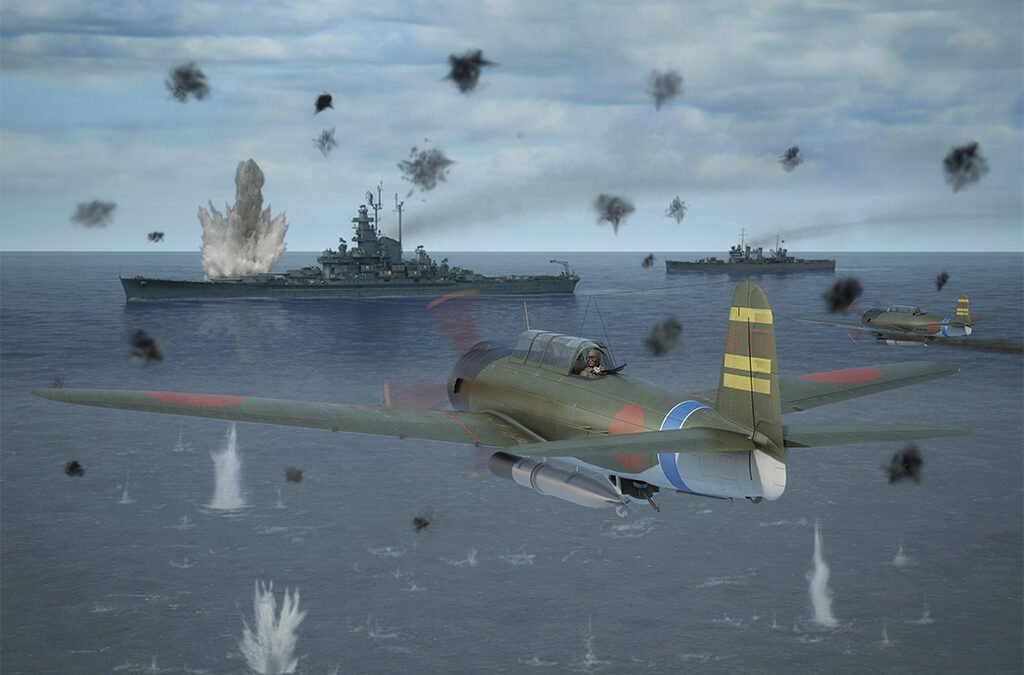 We’re going to resume Warship Wednesday by talking a bit about torpedo bombing. For those of you who may have stumbled upon this blog due to recent publications or pure happenstance, my primary bread and butter is alternate history. Specifically, my Usurper’s War series. The books of this series focus heavily on naval combat, reflecting an interest I’ve had since I was a child. Although I try to give a condensed run down of naval tactics for the neophyte, the purpose of the books is to tell a story. If I channel Vincent P. O’Hara or James Hornfischer (RIP), odds are I’ll stand accused of killing readers through boredom. Instead, with some resort to the “Tom Clancy Memorial Battlecam,” I hope people who come for the characters can pick up on the tactics as they go.

Which leads to a couple of helpful primers I recently stumbled upon from the Warfare Mastery Institute. (Note: Not affiliated nor is this an advertisement for their services.) You can find their short primer on torpedo bombing here. Whether you’ve only a passing familiarity on torpedo bombing or know your Kates, Nells, and SM 79s, it’s worth a quick read.

Forcing Water In vs. Letting Air Out

As the page notes, torpedo bombing was, shall we say, “dangerous work.” Torpedo bomber pilots often spoke derisively of other forms of attack as ‘just letting air out’ of a target while they ‘forced water in.’ Fact of the matter is, the “torpecker” pilots had a point. As noted on this blog, torpedo bombers could wreck a ship’s day with one hit and minimal losses. If you look at Allied capital ship losses, the majority of those lost to air power involved a torpedo hit at some point. If not for an emphasis on damage control by the UK and USN, it probably would have been much worse.

On the other hand, for every Prince of Wales there’s a Torpedo Eight, i.e., an instance where an attacking squadron took casualties that would make the Light Brigade wince in sympathy. Moreover, these types of losses were not unique to any of the warring powers. At some point, in every theater, some poor group of bastards woke up in the morning not realizing 80% of them wouldn’t see another sunrise. That being said, it got worse for the Axis after 1943. Higher performance fighters, radar direction, and VT fuzes were a very bad mix for anyone going after an Allied battlegroup. When you add in the Japanese Navy’s lack of self-sealing fuel tanks, this was an all too familiar sight: 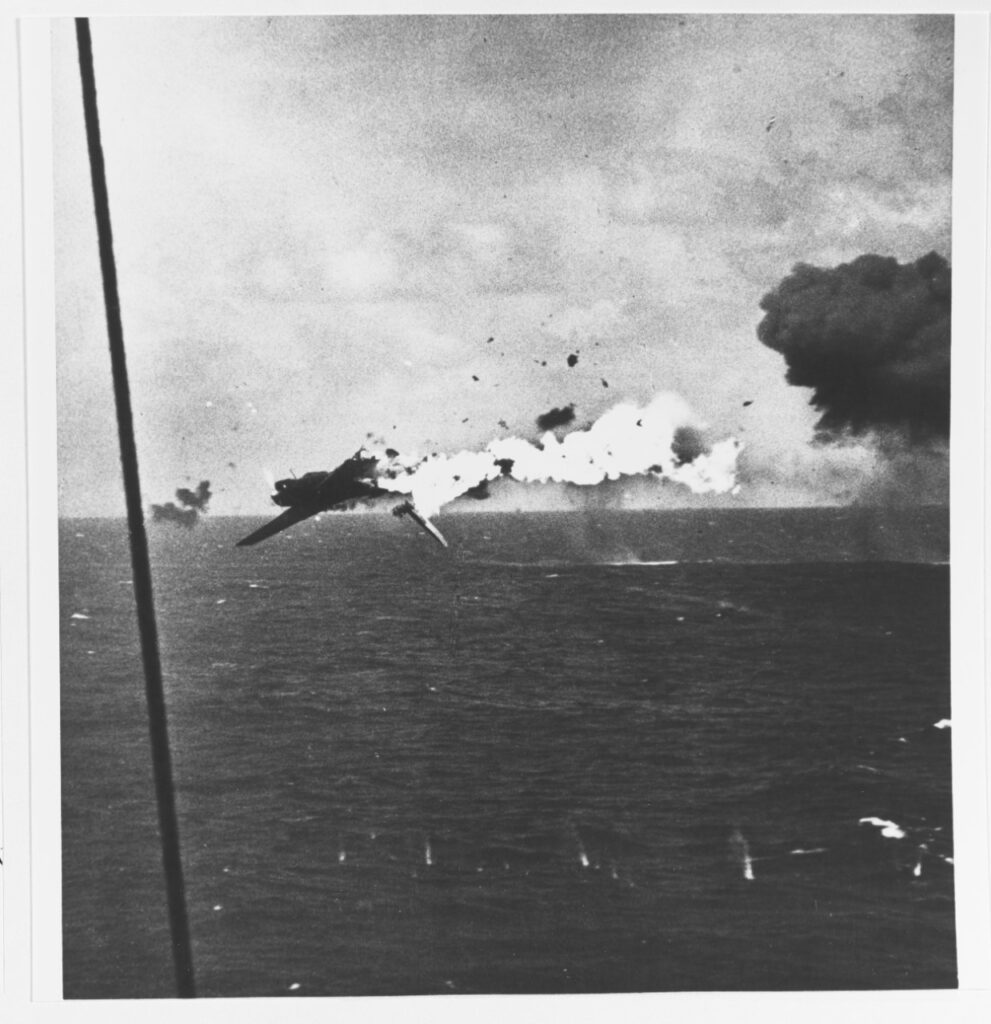 As you can see from the photo at the top of the post, the Jill makes an appearance in The Usurper’s War. Does it end this same way? Well, you’ll just have to find out by grabbing the books, starting with Acts of War… 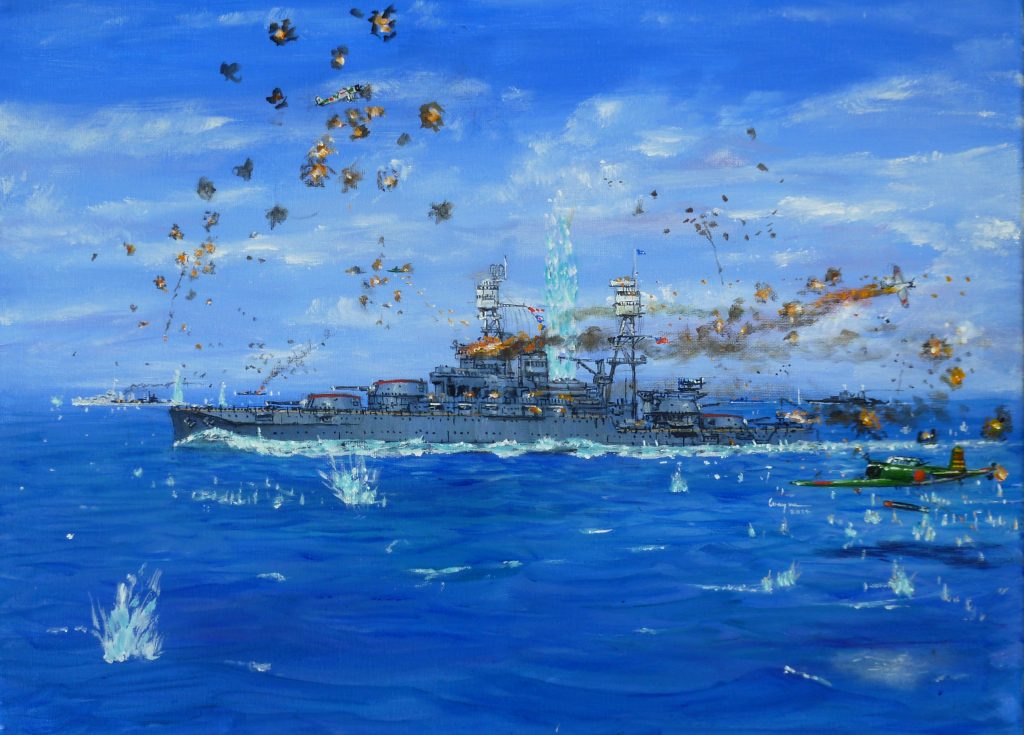