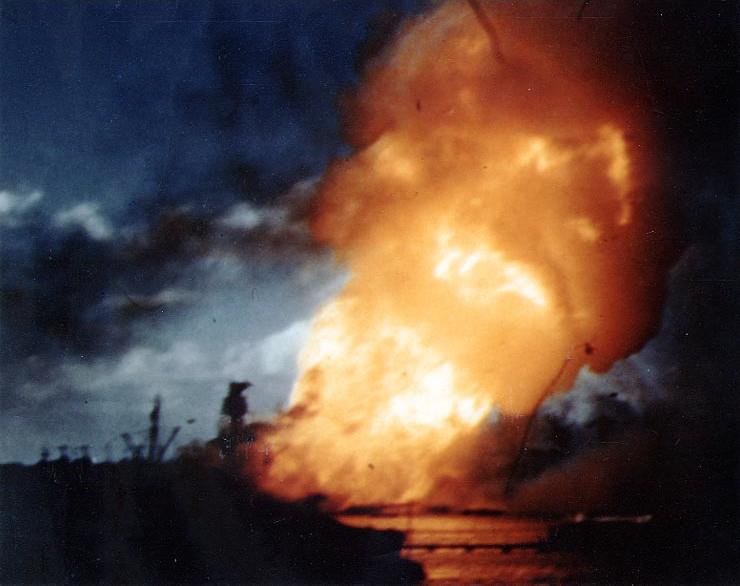 For those of us of a certain age, it seems like “just yesterday” that we were passing Pearl Harbor’s 50th Anniversary. We had a World War II veteran as President, had seemingly just shook off our “Vietnam Syndrome” with a decisive victory that included the ship on which World War II ended, and several million World War II veterans were not only still around but relatively healthy.

Blink and you miss it, folks. At least you can still go see the Missouri. However, we’re down to our last 200,000 or so World War II veterans, with less than 100 Pearl Harbor survivors with us. I don’t like to play the comparison game, but I doubt there has been any other national event that has so galvanized the entire United States into action. (No, not even the one whose 20th Anniversary just passed.)

I could go for days. No really…days. There are people who have pulled this string and deeply regretted everything that came out. Instead, I’ll do something different for this commemoration:

This answer has fluctuated over the years. I mean, it’s hard to beat the epic At Dawn We Slept, especially since Gordon W. Prange got to talk to most of the surviving officers from both sides. However, it is precisely because he talked to the surviving Japanese officers that the book is now problematic (more on that in a second). So, if I had to recommend only one book right now, it’d be H.P. Wilmott’s 2001 Edition of Pearl Harbor.

#7–Who Got The Rawest Deal?

A commonly held answer to this question (with some merit) is Admiral Husband Kimmel. However, I’m going to go with Army Lieutenant George Welch. Why? Because in a battle where the Navy was handing out Congressional Medals of Honor just for “holding an admiral’s rank while being in the wrong place,” George Welch actually took off and proceeded to issue several “early  admission, no waiting” chits to the Yasukuni Shrine.  Or put another way, while Rear Admiral Kidd made the ultimate sacrifice for his nation, going to the flag bridge and issuing orders is pretty much well within an admiral’s “call of duty.” On the other hand, taking off into a sky full of Japanese aircraft while your plane isn’t even fully loaded up having just gotten out of your dress mess? Not so much. I mean, Dr. Who had a very good observation about the odds that day: 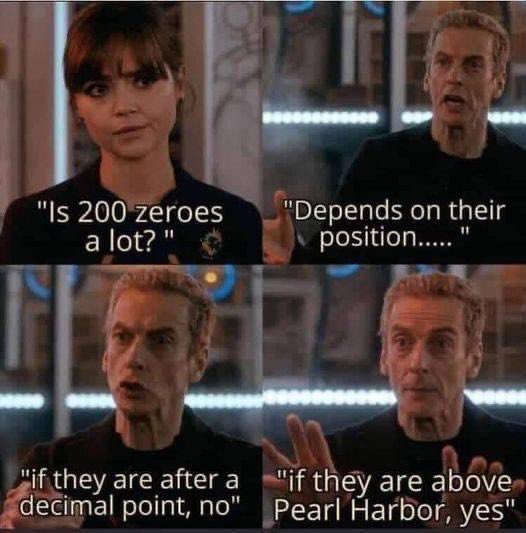 #6–Most Haunting Painting of the Attack

The painting I often think about is Tom Freeman’s “The Last Mooring.” It’s basically a painting of the U.S.S. Arizona as she’s tying up on 5 December 1941. From the first time I saw it, I always think about just how that actual scene played out. As in, the over 1,000 souls aboard who had no idea this was going to be the last time they went through this particular task. As someone who has stood in the memorial, looked down at the wreck, and beheld that list of names, the painting just really hits. 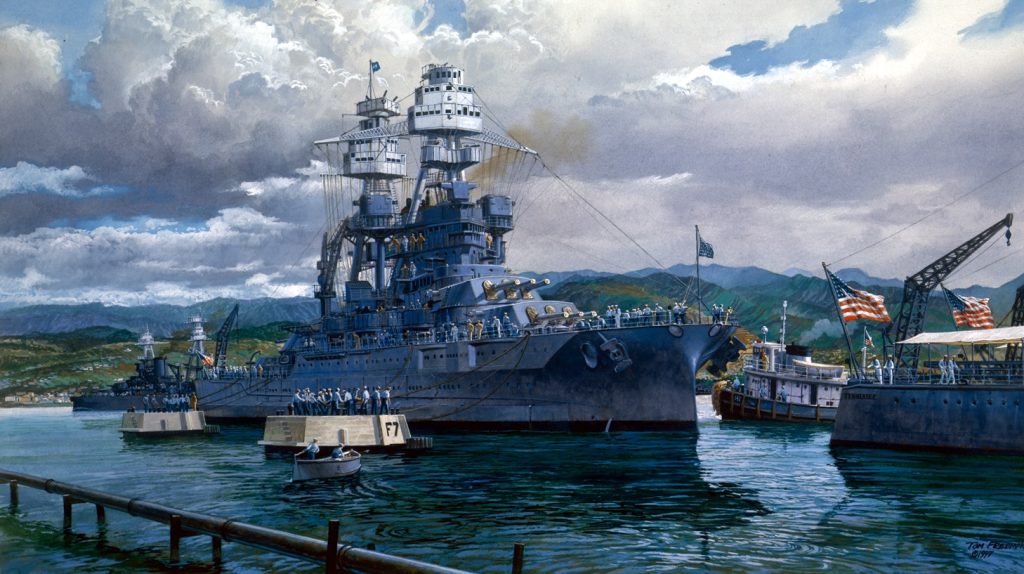 #5–Most Annoying and Persistent Myth

That a third strike was feasible. No, no it wasn’t. Indeed, the only reason it got started was because postwar rumors took on a life of their own. Remember when I said Prange’s access to surviving Japanese officers was a problem? Well, one of those officers was Mitsuo Fuchida. While Fuchida may have been a brilliant aviator, to say his “recollection of events has been proven to be suspect” is putting it politely. There are very few things I say “absolutely not” on in history. Japanese carrier doctrine, as existent in December 1941, would not have allowed a third strike.

That the Pacific Fleet getting out to sea would have been an utter and complete disaster. You don’t have to take my word for it–Admiral Chester Nimitz’s quote on the Kido Butai’s relative advantages to Admiral Husband Kimmel’s Pacific Fleet aren’t that hard to find in most historical accounts of the attack. When you consider that, at best, the Pacific Fleet would have had two carriers (Enterprise and Lexington) at best, it’s not hard to see a scenario where someone actually reacting with alacrity to the Ward’s submarine alarm might have gone…poorly. (Why yes, in the original concept for Acts of War, when I had the Japanese still attack in December 1941, I did wargame this out about ten times. There’s a reason this painting exists and you can actually buy a copy.)

The reason the U.S.S. Nevada had to beach herself wasn’t because the Japanese necessarily concentrated their fire on her. No, it was because she was in such bad disrepair that near misses coupled with progressive flooding nearly did her in.

#2 Controversial Opinion I Will Hold Until I Die

Husband Kimmel should have been given another wartime command. You don’t appoint a man to perform a task after firing his predecessor for warning you Pearl Harbor is exposed then relieve him for the prior commander’s prescience. At least, not in a fair society you don’t.

Least Favorite: The one with Ben Affleck. Grr. The reason I’m still ticked about it is the producers promised “The most accurate depiction of Pearl Harbor ever.” Instead we got “Titanic on Oahu.”

Anyway, those of us who are history buffs get a chance to enjoy the remembrance. If you’re just now coming to the site, I write an alternate World War II history series called The Usurper’s War. If you like Harry Turtledove, S.M. Stirling, and/or Robert Conroy, I think you’ll like the three books done so far.