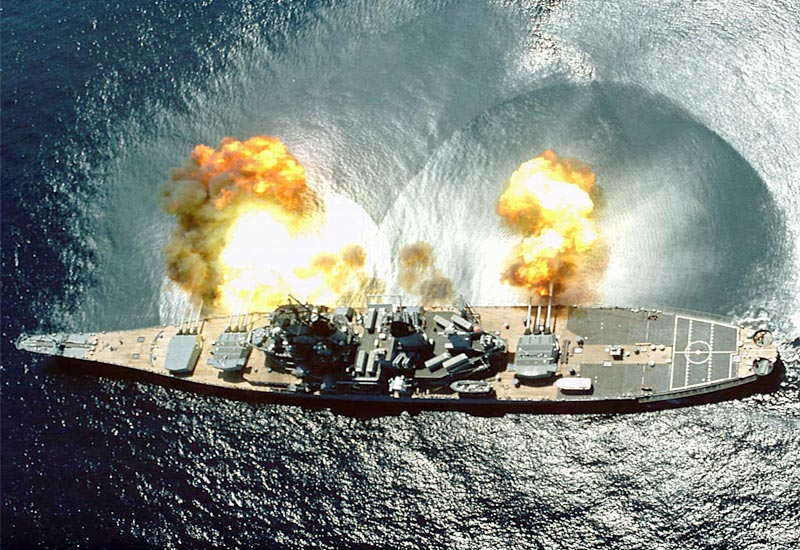 Thanks to the U.S.S. Iowa for filming this interior of the 16-inch turrets.  In the case of the Iowa and many other late war ships, each gun could elevate and fire independently.  Bonus:  Here is a World War II-era training video.
As an author, as I watched this I realized just how many things could get knocked out by a partial penetration of the armor.  Bombs hitting near the turret would probably cut power cables, shells could jam the turret ring, etc., etc.
I also noted the redundancy in plotting and fire control, something which was not always prevalent in early war / World War I modernized ships.  Although switching positions is going to lead to a degradation of capability, at least redundancy gives the vessel a chance to keep swinging rather than becoming a mission kill.