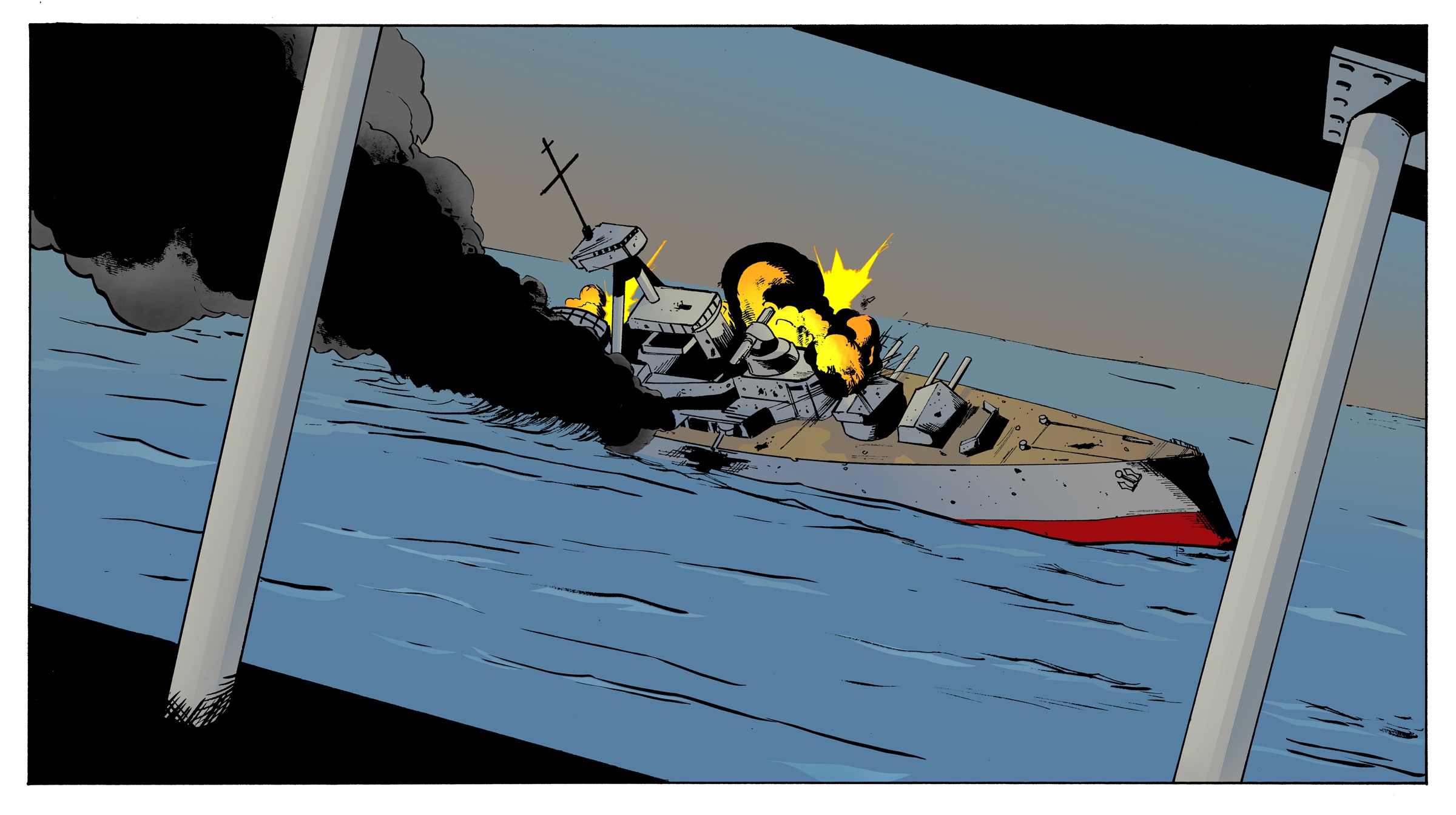 Battlecruisers are allegedly big enough to kill anything they cannot run away from in sublight space, fast enough to run away from anything that can kill them, and capable of wreaking havoc amongst commerce in an interstellar conflict.  BCs are considered capital ships, and are the lightest vessels of this type in the Confederation Navy.  Battlecruisers are named for famous frigates/battlecruisers/battles, with the title chosen usually reflecting the cultural origins of the Confederation sector constructing the ship.  It is not unheard of for multiple vessels to be named for the same battle, e.g. Falklands and Malvinas both commemorating the 1982 War, or for multiple engagements that occurred in the same location.***
Battlecruisers will be “bastard stepchildren” through most of the Vergassy novels. Think of battlecruisers as your 6′ 2″, slightly pudgy friend Billy Crain (BC) who lifts weights casually and is a brown belt in some martial art that emphasizes using leg strikes to quickly end a fight.  BC can break a stack of bricks with his axe kick, so he is easily capable of beating up that single drunk surfer dude who grabbed his wife’s rear end in some out of the way California dive bar.  However, Billy is in serious trouble if he’s jumped banana style by that asshole’s three friends in the parking lot while walking said spouse to the car.  We won’t even get into the hospital stay that occurs if BC is caught by Mr. Surfer Dude’s roid monkey twin brother, Biff Brown, a.k.a. “BB.”
In other words, prudent battlecruisers use their speed and intersystem agility to get the hell away from the other capital ships, avoid getting engaged outnumbered, and stand off at range to pummel cruisers with their heavier main batteries. Imprudent battlecruiser captains sometimes forget that even a “Lion” (yes, that’s a historical pun) must fear a coalition of cheetahs.  Not that BCs are often by themselves–BC crews often bitterly remark their vessels are sent “when it’s important enough to require a battleship and serious enough that carriers are too scared to go alone.”  With the advent of the Constitution-class, it is expected that these vessels will be capable of conducting independent actions in and of themselves rather than simply tagging along with a flat top.  Which is a nifty thought, but old habits die hard, and often a flat top will have a battlecruiser parked off a quarter ready to “sacrifice itself for the queen” as a battleship or battleships is giving chase.
It’s not a spoiler to say that at present there’s no Hood vs. Bismarck moment in the Vergassy Universe thus far.  This does not mean it’s not coming.  (Poor Lancelot Holland…five more minutes is all he likely needed.)  As will be discussed in Though Our Hulls Burn, the Spartan Navy also has BCs, albeit with an eye towards towards commerce raiding rather than protection.  This may lead to with some interesting results with regards to timing, ranges, and engagements at a couple of critical points in the upcoming story.
Speaking of the Hood, anyone familiar with my Usurper’s War series knows I’m not necessarily a fan of battlecruisers.  I’m not saying that Jackie Fisher was an idiot, but as Eric Cobb notes in Acts of War, battlecruisers + battleship guns = bad things.  I think it was just as well that technology managed to make actual BBs faster in the original timeline, as these vessels do not tend to survive long when wargaming out fights circa 1942-1943.  All too often, something like the picture below happens even if a “golden BB” does not.  🙁 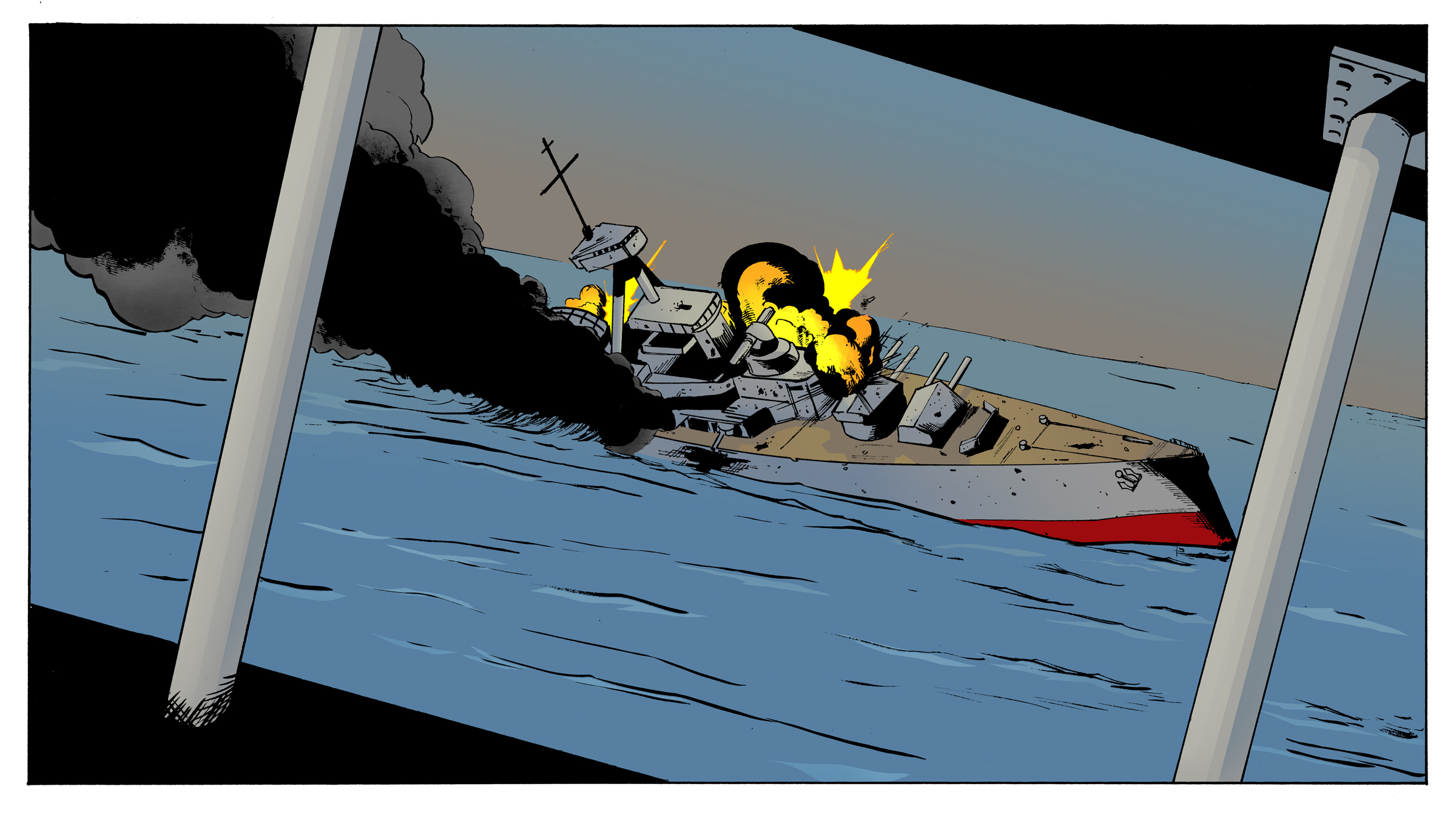