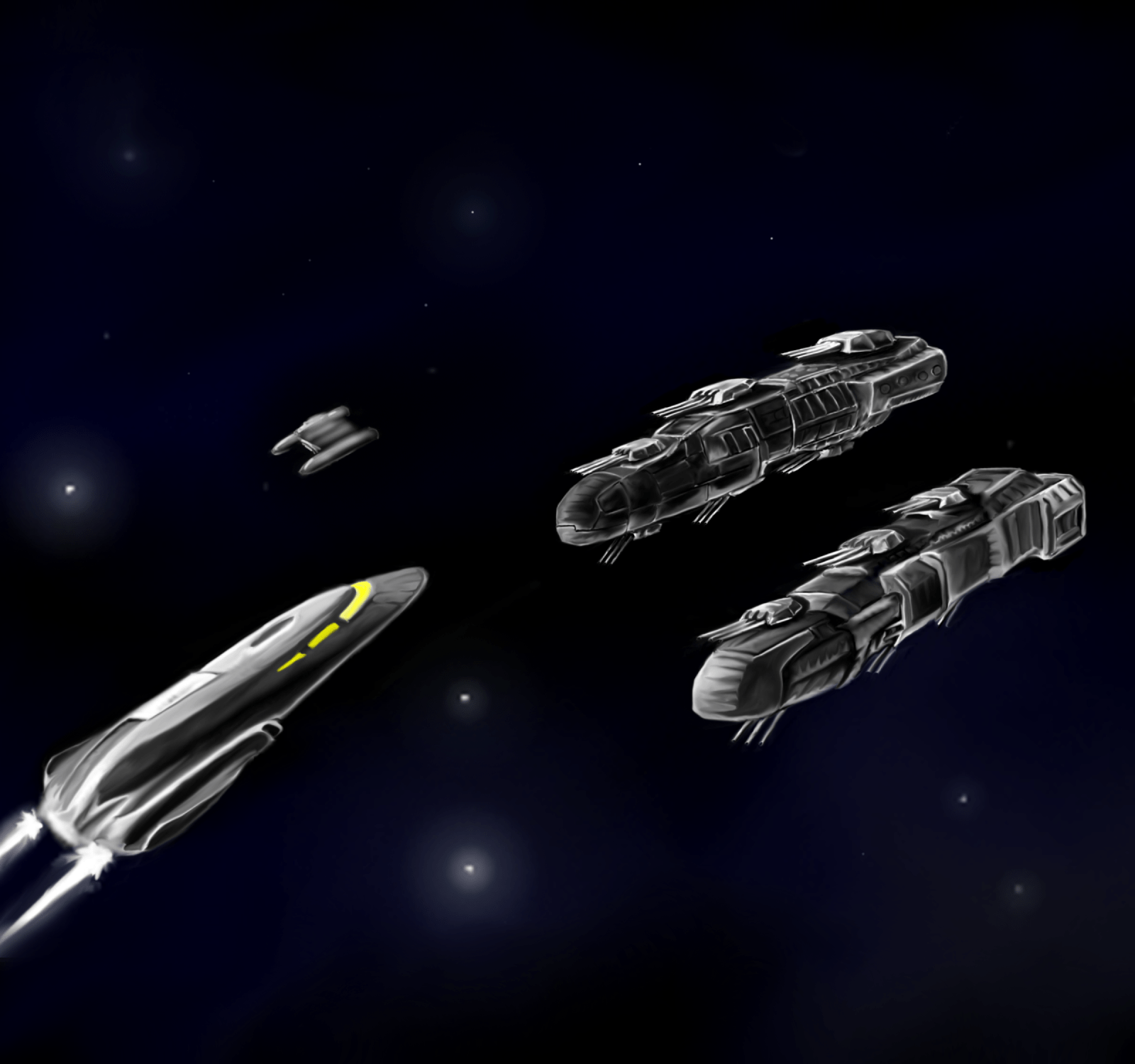 Maulers. MoWs (Manifestations of Wrath).  Death Castles.  While the Carrier faction speaks of their ability to destroy entire systems, Line officers point out that battleships have actually gone out and done it.  Although not impervious to modern weapons, the “Grand Bitches of the Fleet” are the celestial equivalent of a hungry Kodiak showing up at a youth group campground with a wolfpack (the escorts) in tow.  Named for famous battleships, colonies, fictional or actual planets, Terran nations, oceans, regions, rivers, bodies of water, and mountains.
When I think of battleships, I think of vessels that are the proverbial “slow but powerful.” Like an 8-bit video game boss, BBs are going be the entities that break things with a casual backhand.  In the Vergassy Universe, main battery hits from a BB are going to absolutely wreck smaller vessels, while even battlecruisers and carriers are going to think twice about staying to slug it out.  As far as protection goes, BBs will not crack open very often, as roughly 30-45% of their hulls will be towards some facet (e.g., armor, point-defense, ECM) of defense.
All that being said, much like historical BBs, those in the Vergassy Universe will have their vulnerabilities. Like a swarm of yak killer hornets, an entire air group can destroy unescorted battleships.  Smaller craft, if capably handled, can and will manage to do damage even if their own casualties are horrific.  Finally, the proverbial “Golden BB” is always a possibility, even if cordite magazines are a thing of the past.   A rail gun through the inertial dampeners at the same time missiles drop the backup means a crew is paste even if the hull is largely intact. Artificial gravity going in the middle of a multi-g maneuver?  Yes, that’s going to leave a mark as everything not bolted down starts ricocheting around crew areas.
In any case, it’s not a spoiler alert to say that when battleships show up, things just might be about to go down.