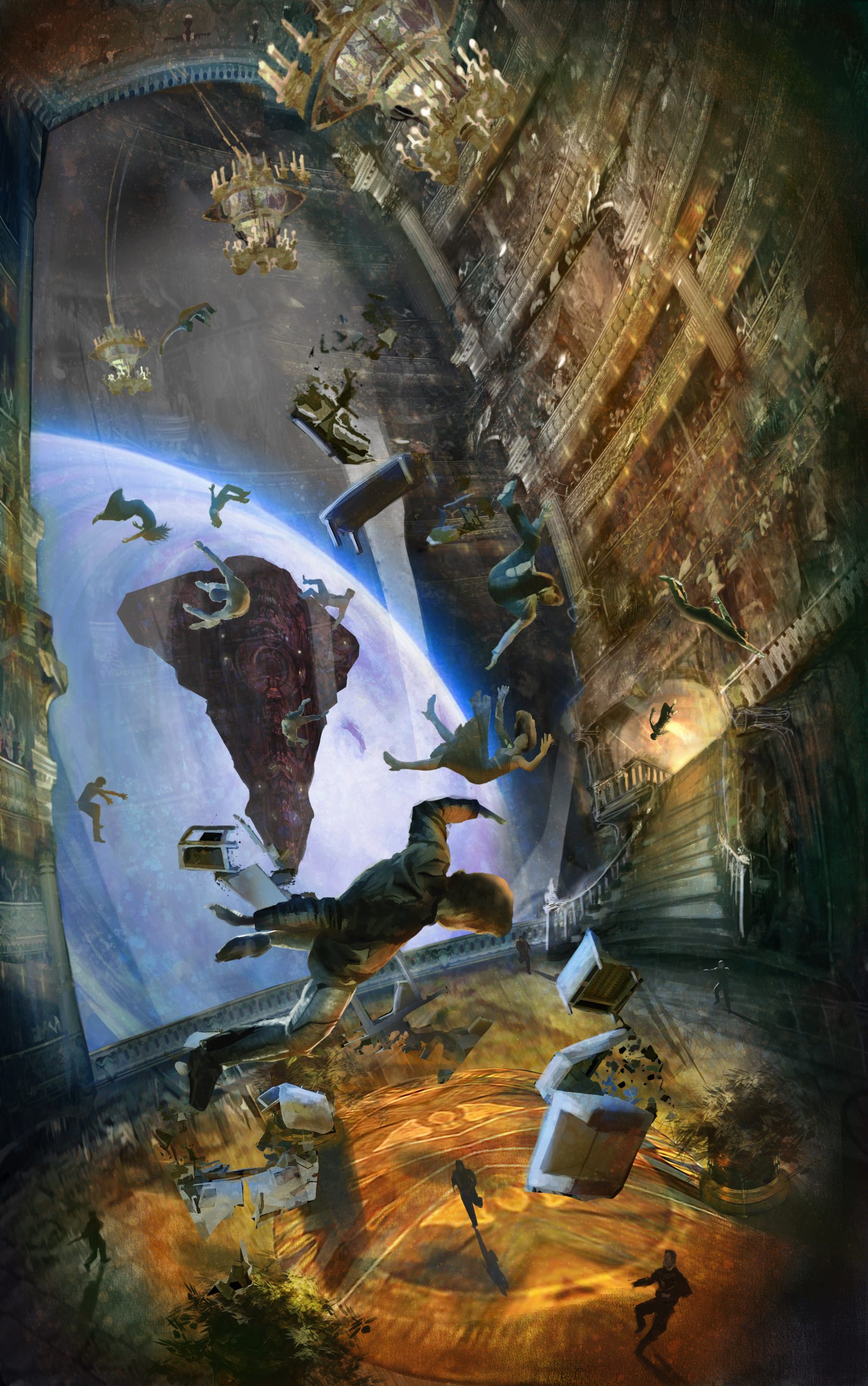 From An Unproven Concept
Titanic
1825 SST

Bridge
Titanic
1845 SST
“Captain, I have made contact with Mr. Martin,” Ms. O’Barr reported from her position.
Abraham was astounded at the woman’s calm given their present situation.  While there had been no sounds of combat for the last twenty minutes, no one present was under any illusions that would last.
Apparently Mr. Martin is more resourceful than I gave him credit for, Abraham thought.  That and his people are far more desperate.
The aliens initially moving towards the bridge had been checked roughly twenty meters aft.  The method of “checking” had been for one of the security squad leaders to blow a hole in the Titanic’s deck with what had seemed like an extraordinary amount of explosives.  What the poor woman had not known was that the compartment below had been filled with vacuum, meaning that the emergency doors just outside of his day cabin had dropped unexpectedly behind her.  Neither death from asphyxiation nor at the hands of twenty aliens one had just condemned to die sounded pleasant to Abraham, and he had studiously avoided asking O’Barr what had happened.
This is all my fault, Titanic’s master thought.  All my goddamned fault.
“Marcus, we have no control over the comms system,” O’Barr said, then stopped to listen to Marcus’s retort.  “Because the helm station is wrecked and we have no contact with the Secondary Bridge.”
It didn’t take a rocket scientist to imagine Marcus’ response to O’Barr’s report.  The woman calmly waited for his short, profane retort to end, then responded firmly.
“Because the helmsman’s head looks like it’s been through a log splitter, that’s why.  Now, you want a situation report or you want to continue making wishes?”
Abraham was amazed at how little ire was in O’Barr’s last statement.  If anything, the Deputy Security Officer sounded incredibly weary, as if the weight of the world was on her shoulders.
“Bad.  The only good news is that the Dutchman protocols are trying to fix our orbit, but they weren’t designed to account for the deadweight bitch we’ve got attached,” Lorraine said.  She took a moment to quickly recount what had occurred with the railguns.
“Sensors report that there’s, for want of a better word, chaotic energy pulses coming from the wreckage.  Judging from how quickly the other cruisers moved away from us and the radiation alarms we’ve got in a couple of compartments portside, I think whatever we knocked loose might have been important.  No matter—if someone doesn’t show up with a tug in about six hours this is all going to be moot.”