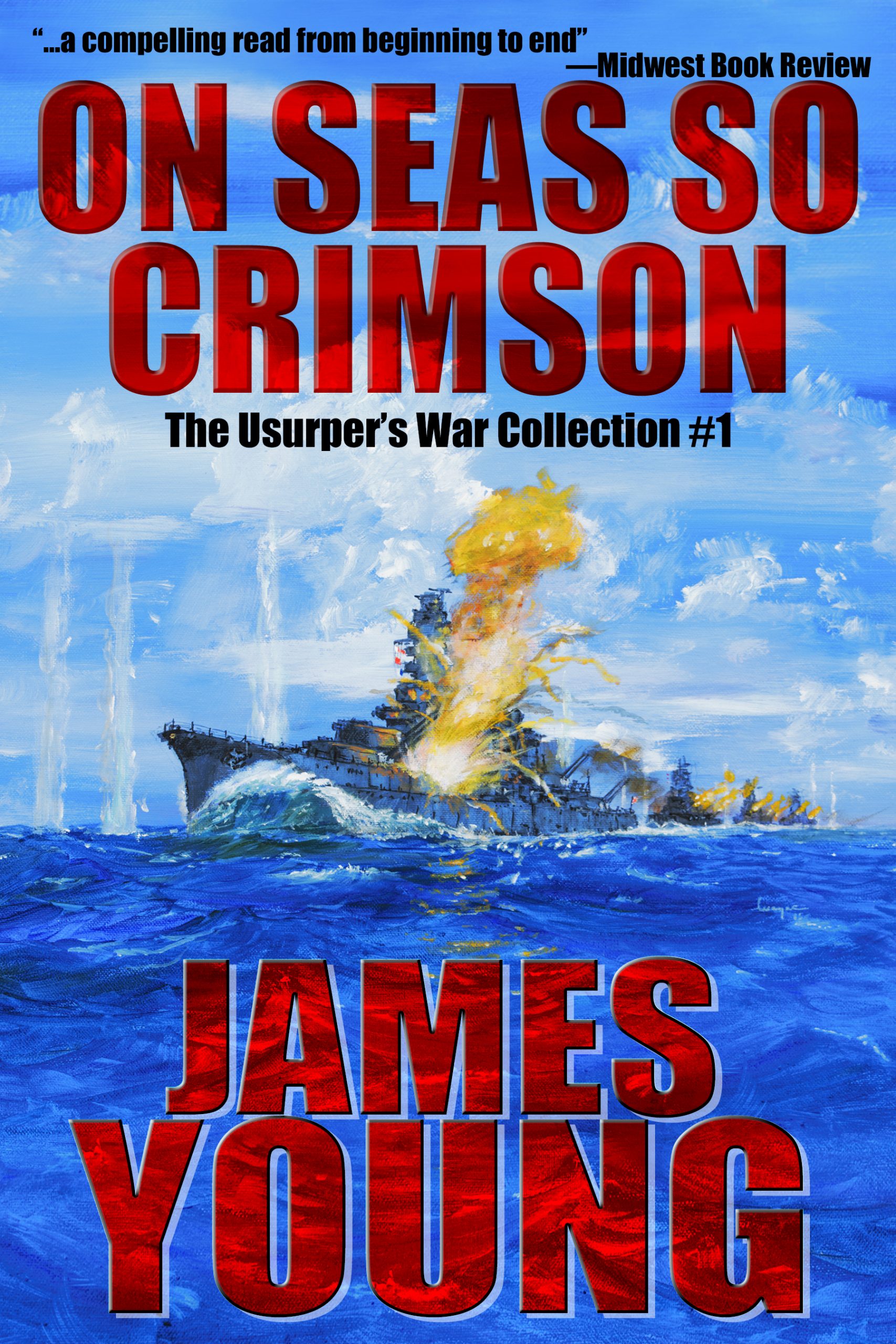 So I’m in the midst of doing a blog tour through Goddess Fish.  I intend to do a rundown of things, but I thought I’d catch everyone up with what blogs I’ve been doing.  This post was done for Rogue Angels in support of On Seas So Crimson:

I’ve always been an avid reader from when I was little.  Growing up on a small farm that was miles to the nearest neighbor, I used to sometimes act out things that I read in books.  (John Carter was a favorite…darn Earth gravity.)  Eventually I also started writing things long hand, and the rest is history.

I think the biggest components for any genre, not just sci-fi or alternate history, is that you have to have a compelling set of characters.  In the case of the former, that is followed by some aspect of escapism that will allow readers to separate from their daily drudgery into a different universe.  The reasons why Star Trek and Star Wars have been so successful is we’ve come to care about the individuals involved.
Alternate history is a bit different in that the main compulsion lies in the historical pivot.  Most of the “characters” are already known to the readers, but the changing situations are not.  For instance, in my Usurper’s War series, most World War II historians are familiar with Heinrich Himmler as the head of the SS.  However, knock off Adolf Hitler and Hermann Goering, and suddenly he’s in a vastly different role as Fuhrer.  That what if transitioning to what now is the genre’s foundation in my opinion.

A lot of time it’s a combination of what I’ve read and random inspiration.  For On Seas So Crimson, it was a discussion back in the ‘90s about how World War II could have been different.  For An Unproven Concept, it was being a fan of the old Robotech novels, Star Wars, and the old school Battlestar Galactica.

I’m actually getting my doctorate in U.S. History and majored in Military History from West Point.  I’ve placed in historical essay contests and have been published in both Proceedings (the United States Navy and Coast Guard’s professional journal) and the Journal of Military History.  So in the alternate history arena, it could be said that “I’m a professional.”
Alas, I have no experience with commanding a starship or flying mecha in real time.  If any travelers from the future or distant galaxies want to change that…

I’m blessed to be part of a community of writers in Kansas.  Everything from Star Trek to Sherlock Holmes through zombies, I’ve got people who can hook you up.

At the moment, I’m working on Though Our Hulls Burn…, the sequel to An Unproven Concept.  I should have my dissertation done by the end of the year, so that will give me more time to work on the third book in the Usurper’s War as well.

This is the point I see a few of my local writer’s group chuckling, as I have a reputation for being a little brutal to my characters.  I’d have to say Jason Owderkirk, the Commander Air Group (CAG) for the C.S.S. Constitution.  Mainly because he has it relatively easy (so far) in the Vergassy Universe.

Yes and no.  My local library is incredibly supportive of local authors, with one of the librarians being the Municipal Liaison for Nanowrimo.  This has created a strong community of writers, and we’ll help people out if asked.  So yes, I’d say that finding a critique group is definitely a fruitful exercise.

If we’re talking originally, I submitted my work to agents and publishers back when I was in high school.  Looking back, I think the main impetus was that I had no idea how publishing worked, so I figured there was no harm, no foul in submitting.

A little of both.  I’ll often have a scene just come to me while I’m driving to work or doing something else.  For example, the ballroom scene from An Unproven Concept just popped into my head.  I was fortunate enough to find a great concept artist, Justin Adams, who was able to convert words to picture (see below).